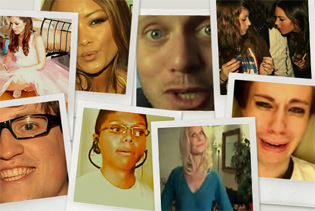 Over the past couple months, I've been working with New York Magazine to develop some stories related to internet media. The first is "The Microfame Game", an analysis of how micro-celebrity is generated, with advice on how you -- yes you! -- can use the internet's self-publishing tools along with the new networked media machine to generate well-deserved acclaim. The eight-step plan is intentionally cheeky, but it's also probably helpful, if you're the kind of crazy person looking to create a successful online identity.

My original inspiration for writing about this topic was Kevin Kelly's essay 1,000 True Fans, which is a motivating take on how small amount of renown can be turned into a successful career. In thinking about the idea, I smacked out the three paragraphs below, which never made it into the story but can serve as the spark of the original idea:

And now, with an eroding mass culture, and with the internet slicing everything to tasty bite-sized morsels, the "rock stars of _____" are the only rock stars who matter. With subcultures now the dominant culture, the only solution is retreating to the fringes and joining these new niche rock stars, the microfamous....

Read the Full Article at NYMag.com.

great article. Though I thought Ashley Dupré made a ton of money off the songs she was selling on her myspace? Hmm... is seems wikipedia has her earnings all over the place from 13,000 to a million.

The original reports of her making a ton of money off the songs were later debunked when people looked at how many free downloads versus paid downloads there were.

it's never to late to become an actual rock star... right?

Nope, only a ROCK BAND star.