Get Off The Bang Bus 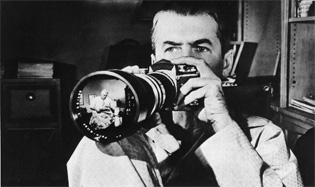 I've often wondered about the legal difference between prostitution and pornography.

It seems an obvious paradox that both acts are essentially the same: sex in exchange for money. However, there is of course one key difference: a camera.

Culturally speaking, this appears to be an extremely revealing detail of the modern psychology. Sex for money is legal only if it's recorded and distributed. The camera, it would seem, validates everything.

(Shhh, don't steal my idea, but I want to write a Law & Order script about this. I've already got a title: Get Off The Bang Bus.)

I've talked about this elsewhere, but the tricky part of the First Amendment in the coming years will be answering this question: what constitutes free speech in the age of personal media?

I've ranted about the slippery slope that Josh Wolf, for instance, created by essentially claiming that any act could be constituted as journalism, and hence protected by the First Amendment. If you think about the logical conclusions of that, the danger becomes clear. Would this include corporate security tapes or accidental photos? If journalism is simply saying it is, we're opening ourselves up to some slippery cases. (And don't mistake that remark as fear of actual so-called citizen journalism. That's what I want to make sure we protect!)

The First Amendment will get some tricky questions thrown at it in the coming years, as one of these "personal media" cases eventually trickles its way up the Supreme Court. Given the current makeup of said body, I'm worried what the outcome will be. Sometimes, it may be better to not test the law.

On the flip side, filming an otherwise legal sex act can actually criminalize it. Take a look at the John Stagliano case, for example.

I suspect if you were cruising down a well known hooker alley and you stopped and said to a woman who you presumed to be a hooker, but was actually a police pose, "hey, how about $100 for sex?," you would be arrest. In the same situation, if you said, "hey, I'll give you $100 to star in an adult film I'm making," you probably wouldn't be arrested.

It's very screwy, as are many laws related to sex, but I think that is the core difference: paying ofr acting versus paying for sex.

Your semantic distinction isn't really a legal one though. And you might wanna ask a few sex workers how much acting is involved in the craft. What makes "acting" acting?

Again, I think it's the camera and the distribution, not the performance. And the fact that the legal burden falls on direction, not acting, seems to bear this out.

Good points. I don't claim to understand this stuff; I just think it's interesting. :)

This bit may be tangential, but the way in which the camera changes things is also interesting in terms of what you called 'turning the private into public fodder'. If, as I've been arguing, 'the online' constituted a new, reconfigured public space, then the gaze - the idea that an audience is always-already out there waiting for you - seems to change social dynamics. I was sitting in a bar yesterday, having a great time and felt the need to to twitter it. That's fucking weird. But it was like I was making it more real and more significant by making it a public text. But this sorta' relates to what you were saying about the camera validating everything - to make something public, to perform it is to legitimise it. I'd bring up Gould again, but I'm sorta' sick of it.

Does who is paying determine what the product is?

I mean...if you hire a prostitute, the product is definitely sex.

If you buy pornography, the product is the show.

Hmmmm...but that does that leave open a loophole? Could I hire two people to have sex in front of me, without a camera? And if I can do that, can't I just get my buddy laid using that same logic?

It's a double-standard, not a paradox.