This feels like turning in a term paper a month late, but here's an idea I've been playing with: James Frey blew it.

Or rather, James Frey blew it twice. First, he blew it by writing a mediocre fictional tale and passing it off as the truth. But then, he blew it again by posturing as guilty and sorrowful and repentant and worst of all -- tedious. 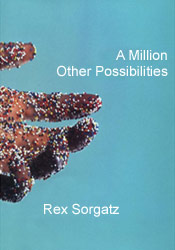 Do you remember how Jason Blair handled his succès de scandale? Bold, without regret. How about the author of Sokal Text? With absolute glee. Sure, these are different scenarios (Blair was trapped; Sokal's entire plan was to expose the academic publishing as fraudulent), but they open a glimpse into a radical alternate history, one in which James Frey had scoffed at Oprah's wimpy "embarrassment" and laughed this in her face:

Frey could have quickly followed it up with a perfectly lucid explanation: he was merely trying to expose the slippery line between fact and fiction that our age has created. He could have pointed out that his book isn't all that different from, say, Brett Easton Ellis' novel Lunar Park. In fact, Lunar Park has probably as much truth in it as A Million Little Pieces, and everyone wanted to know which of the stories were real. He could have laughed in the face of authenticity, chuckled at the do-gooders and their truthiness. He could have cited that Harold Pinter nobel speech that everyone surprisingly saw online. He could have ripped apart the artifice of reality tv and MySpace profiles and tabloids. He could have torn down the curtain that is PR being passed as news -- and don't forget our government's staged news events. Instead of the pathetic villain, James Frey could have been the heroic villain, the necessary foil that exposes the weakness of all you self-righteous supermen.

Who oh why, James, didn't you just suck it up and call the whole damn thing a sham, one big fucking Matrix, dude.

Imagine for a moment how the punditocracy would have reacted. Would Gawker have applauded him? Would Oprah book clubbers have gasped? Would Jon Stewart have called him wile? What the hell would the Situation Room have said? Who would get the next night's interview -- Charlie Rose? Or just Larry King? Would he have sold more books? Would Gawker have changed its mind by the end of the day and condemned him?

Would Oprah have recanted?

James, I wish you could go back and do it all over again -- not erase the lies, but dared us to live with them. Alternate histories are always the scariest.

For the record, I've had dozens of conversations with people about Freygate, and I'm probably more hard on him than most people. This little essay just imagines a different history for this whole thing.

I agree with you completely except about the "blew it twice" part. He made a lot of money and everyone loved his book and if they turn around and say they didn't because the only reason they liked it was because they thought it was real then they're abiding some pretty shallow logic. I wish he had had the reaction you've concocted, but in his defense (I don't know why I'm defending him) when Oprah starts laying into you, blindsides you, this after having made you, it's probably hard to feel creative. I'd love it if someone had put her in her place when she did the whole "You don't treat celebrities that way when they go shopping after hours in Paris" show, but it seems there is no one on earth capable of putting the lady in her place. And I guess all things considered that might even be a good thing.

Even if he tried to pull that off, nobody would have believed him. I doubt he would have been able to carry the argument even if he did. He just doesn't have the subtilty required to pull it off. A more interesting question is: why did he bother showing up on Oprah at all just to get hammered? The answer is simple: bad publicity is still good publicity. The controversy has only sold more of his books. The book is back up to #2 on the New York Times best seller list and #8 on the Amazon.com list. I think he cynically went on the Oprah show an appeared contrite, but the whole time his accountants were back at the compound high-fiving each other.

Oprah's "flip-flopping" on the Frey memoir--extolling it, excusing it, and then denoucing it--was as she explains the result of her fan base taking her to task for supporting his "lies." Seems that she is just as guilty as Frey in terms of pandering to public opinion. There's a mutually supportive brand of hypocrisy going on here . . . I agree with your post, Rex. I was hoping Frey would not submit, but see this as an opportunity to embrace the essentially fictive nature of any writing. Oh well . . .

What are you talking about? It's like saying why doesn't a politian tell the truth. Fray's just the front guy. He has $zillions$ riding on him and behind him and around him--- oprah, lawyers and publishers, and movie deals. He's part of it. All of it was PR---from Oprah to talese to pathetic frank rich ---no one (much less fray) was going to say anyhing remotely real because there was/is huge amounts of money for everyone involved. A blog ( the only venue of truth these days at least for the time being), smoking gun outed the whole scam and then they were all forced to play their parts. Not one person mentioned all the $ that was at stake. Because they all had something riding on the game.

The alternate charachter you describe might be consistent with the one he wrote about in the book.

Here's the thing. I've met him a few times here and there. He's odious, and it surprises none of us who know him. Further, he's endorsed a second wave of inferior writers whose "memoirs" are also about to come out. In each of them, the writers, like James, recall the period in their life when they were deceptive and selfish. What's remarkable is that anyone believes that a half-fake memoir about deceit and selfishness is inaccurate on those counts. And by the way, there are indeed zillions of dollars riding on him, but there are zillions of dollars underneath him, as well. As there were from the beginning. Gross stuff, overall. Get ready for more of it, from other writers.

Spot on as always. "One of the chief causes that can be assigned for the curiously commonplace character of most of the literature of our age is undoubtedly the decay of Lying as an art, a science and a social pleasure."